“This saved the city money in several areas, including vehicle repair and replacement, insurance premiums, lost productivity and healthcare for injured employees.”

The city of Augusta, Georgia is experiencing great success with a program that has put GPS tracking devices in hundreds of municipal vehicles. When it first launched the initiative to improve fleet management, the local government had two main goals: Reducing the amount of money it spends on fuel and increasing the accountability of individual drivers.

It appears as though the city has made significant progress in both areas. Remotely tracking fleet vehicles that belong to the government’s various  departments has created new opportunities for public officials to organize activities, reduce operating costs and exercise more effective oversight of city employees.

In late 2008, the city spent about $300,000 to purchase GPS software and tracking devices. While the upfront expense may have seemed high to some observers at the time, the municipal administrators who pitched the project chose to put the emphasis on the immense potential to realize savings from the purchase.

City officials explained that they believed tracking fleet vehicles would enable the city to coordinate public services more effectively and reduce fuel consumption, which would ultimately allow them to save money. And, it seems that they were right.

A special report from WJBF- a local ABC affiliate -looked at how the investment in GPS software was paying off for Augusta after it had been using the vehicle tracking system for slightly more than one year. Ron Crowden, the city’s fleet manager, told reporters that the savings on fuel achieved during the first year ofthe program had already effectively paid for the cost ofthe GPS system.

According to Crowden, the amount offuel consumed by municipal vehicles dropped 18 percent during the first year ofthe GPS monitoring program. That’s “about 141,000 gallons of gas,” which was worth roughly $300,000 in 2009. As a result of rising fuel prices, the annual savings enjoyed by the city have probably been even larger in recent years.

Benefits of fleet tracking extend beyond reducing fuel use

GPS devices have been installed in more than 400 city-owned vehicles at this point. In addition to saving money on fuel, Augusta has also enjoyed other advantages, particularly in the realm of road safety.

The number of accidents in which municipal employees were found to be at-fault dropped by 29 percent during the first year of the fleet tracking program. This saved the city money in several areas, including vehicle repair and replacement, insurance premiums, lost productivity and healthcare for injured employees. The use of GPS software may have even saved drivers’ lives.

In an interview with WJBF, Russell Thies, an employee with the municipal Utilities Department, admitted that he had been spoken to after his supervisor noticed him speeding. Asked if he feels negatively about “riding with the boss” in his vehicle every day, Thies pointed to the benefits the system is providing to the taxpayers.

“I think that if it’s saving them money, then my opinion doesn’t really matter,” Thies said. According to the news source, other employees have faced tougher penalties for engaging in more reckless behavior. Several have even reportedly been fired over their on-road antics. This case underscores the fact that there are many different types of organizations, from shipping companies to city governments, that can benefit from implementing a fleet tracking system. 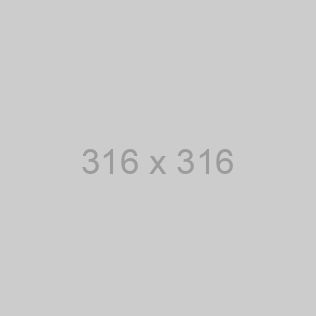 “This saved the city money in several areas, including vehicle repair and replacement, insurance premiums, lost productivity and healthcare for injured employees.”

Find out more about Which Product/Service?

Find out more about Which Product/Service?

Augusta GA, is a consolidated city-county on the central eastern border of the U.S. state of Georgia. The city lies across the Savannah River from South Carolina at the head of its navigable portion. Georgia’s second-largest city after Atlanta, Augusta is located in the Piedmont section of the state.